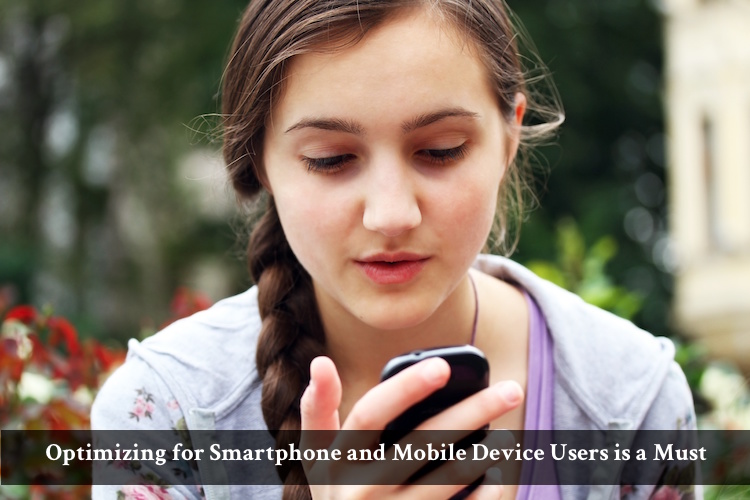 It’s becoming a problem, and many have noted it as an already staggering addiction; I am at the point where I’m nervous if I don’t have my smartphone on me. And trust me, I’m not the only one. I’m not even a business owner, so I can only imagine what effect being phoneless has on someone whose livelihood depends on it. So, with a mobile or something similar always at hand, there’s bound to be a distinct effect on how people traverse the fad we call the internet, and therein, how they shop and educate themselves on products.

What does this mean for you? In short, if your website isn’t optimized for mobile and smartphone use, you’re putting yourself out of a lot of opportunities. A lot might even be an understatement. Here we discuss why it’s worth putting the extra cash into making your website mobile-friendly or choose a mobile responsive theme for your website on Nili Site.

The Stats Behind Optimizing for Mobile

Consumers now spend more time with online retail on mobile devices – including smartphones and tablets – than on their desktops and laptops. There’s a lot of waiting to go on in this world; whether it be on a plane, train, or in an automobile. Not to mention at the Department of Motor Vehicles (DMV). To rid themselves of boredom, people have a ton available at their fingertips to kill the time.

In July 2013, 45% of time spent with regards to online retail shopping was done so with a smartphone or similar mobile device. Since October 2013, this number has not dropped below 50% and in June 2014, the most notable increase hit 60%. If you and your site aren’t concerned with optimizing for mobile, you’ve potentially given up on almost two-thirds of your prospect base.

As if that wasn’t enough, there are also a number of US digital retail visitors that do so solely on their mobile device. As of January 2015, 13% of Americans only online shoppe via their smartphone, tablet, etc. To simplify the point: if your site isn’t being optimized for mobile users, you are literally eliminating over 10% of your possible consumers. Staggering.

If you and your site aren’t concerned with optimising for mobile, you’ve potentially given up on almost two-thirds of your prospect base.

Google Loves Optimizing For Mobile; So Should You

Google released its new Hummingbird Algorithm for how it uses its bugs to searches through keywords, graphics, web content, etc. There were a number of new changes, but they notably increased their rankings for optimizing for mobile use. This included an internal look at their own mobile and voice-related search activities as well, so you know they mean business. What does it mean for you? If your site is not being optimized for smartphones, you’ll take a serious hit in rankings.

This is inherently linked to load times as well, as 30% of mobile shoppers discard a transaction on a site that is not readily tablet or smartphone friendly. If a page takes three or more seconds to load, 57% of mobile customers will abandon your site altogether. Google takes all of these factors into account, and the more effort you put into optimizing for mobile, the more you will be found. No ifs, ands, or buts.

With higher ranks on Google, you’ll increase your traffic. That’s a fact. But remember that not every business is putting as much cash into optimizing for mobile as they should be, so users will quickly move onto the next option. I’m the same way! I don’t want to wait for what I want now. So, if you are one of the ones that can load quickly on my smartphone, with a noticeable Call-to-Action and a tidbit on what you can do for me, I’m much more likely to treat you well. I’ll take the time to at the very least give your site a cursory look because you took the time to make my life easier.

And, because you were so kind to me, I am more likely to buy something from you. It’s pretty much a good customer service standard that you make your site accessible. I shouldn’t have to work to buy something from you, right? I know you’re giving me a good product, but streamlining the mobile process is a sure way to increase your conversions. Not to mention, if I’m on a smartphone, spreading the good word also becomes a much easier endeavor.

Remember this doesn’t just go to your site; optimizing for mobile is a necessity for all aspects of your inbound move. This includes your social media feeds (which should be done anyway, but make sure), your email campaigns, your blog and interior pages, etc. The better the functionality of your site is from any type of smartphone or tablet, the more sales you will have; or, at the very least, the more sales you will give yourself the chance of being able to make.

Remember when you’re optimizing, you may have to cut some things from your mobile site, depending on the apparatus the user fancies. What do you think a mobile site should include to effectively increase conversion rates? Do you find the mass increase in mobile shoppers an inconvenience, or do you consider it an opportunity for you to up sales?

Give it a try

Fully featured and with no obligations.

This site uses Akismet to reduce spam. Learn how your comment data is processed.

Nili™ offers fast, reliable and affordable eMail and hosted site in Canada. We do our best to serve our community.